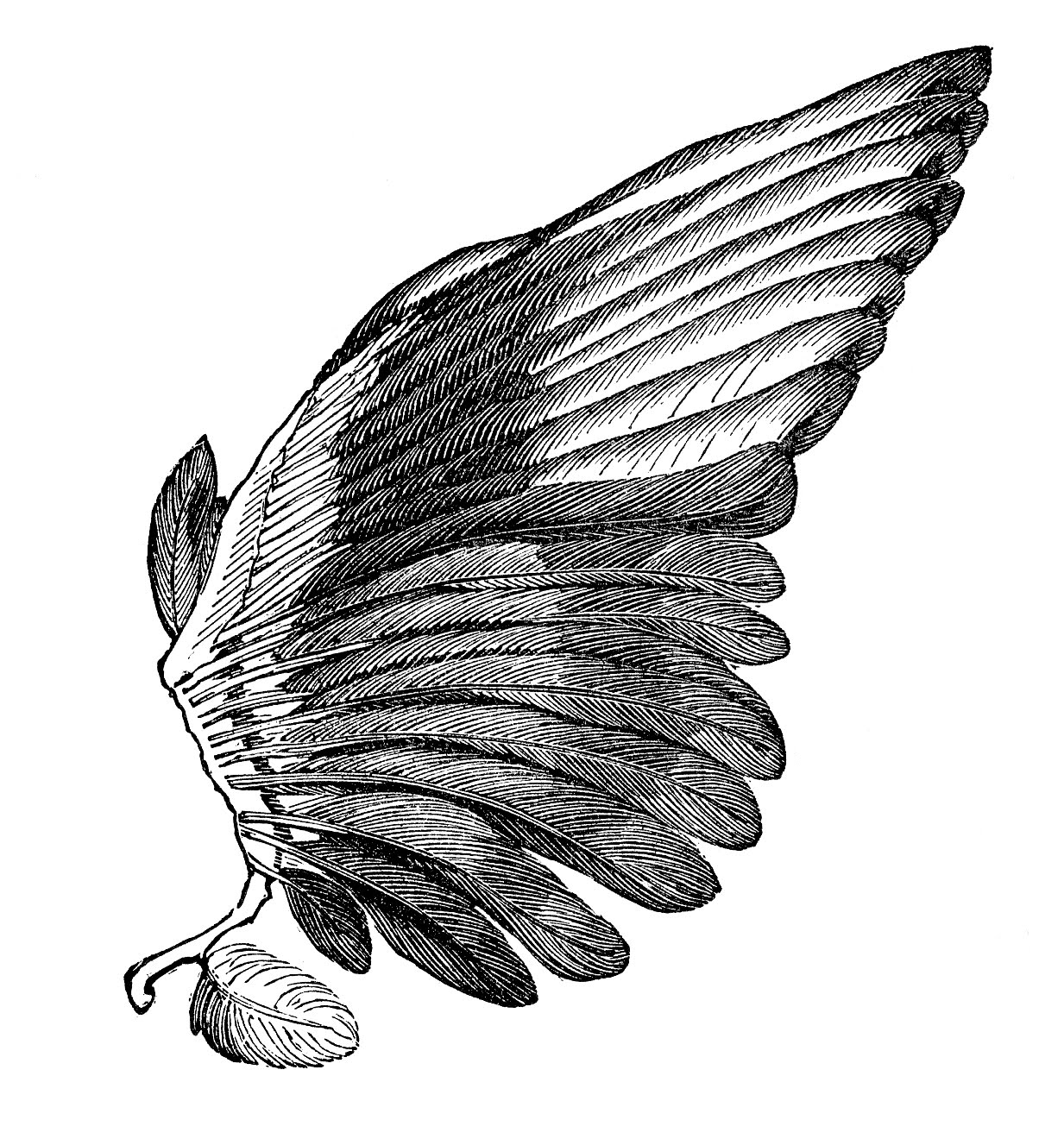 It appears correct to have chosen a backdrop of mist, and over what appears a fjord, for, if not a fjord itself, then that from any given aspect of this particular lake, it ought appear something of a high-walled cove, an inlet, opening out and onto an infinite expanse, that of the exit of life itself. Perhaps it is more a fjord – surely it cannot be encircled.

At any rate, the “swans”, their bodies, which is to say their dress – certainly their white-lit crystallisations are the singular spire of this entire ballet’s drape, but, or indeed as, at every turn, their appearance appears an exotic abstraction of non-chromy, the apparition of a foreign brood (and they ought, in every arrangement, congeal and multiply, as they frequently cannot but, as a wintering or summering or principled and season-blind flock), an apparition – best be saturated with a kind of lint, much like that radially applied by the balding to their surfacings (variously named hair-loss concealer powder, hair illusion, hair fibres), altogether an indication inspired by the levitations of snakes (all swan necks) of lint travelling upward intermittently caught lit by the travel of the spotlight. By their movement, it, theirs, themselves too would thin and levitate upward, by either the deployment of an upward fan or else an upper vacuum, necessitating, the doubly fitting of masks, beaks against lint inhalation.

The swan, despite its weight, only touches the water from above, it does not sit from below. This might well warrant an entirely new scripting of Swan Lake wherein, to begin with, one of pizzicato only, one comprising beaked instruments only (all bassoon, clarinet, airs and the feathered harp, to which even strings pale a wrought out corruption.

Hair ought be styled or come into arrangements (all things moving in and out of arrangements-toward) upward, as per Prince-What-Shall-I-Do?, as hopes soar, and toward the threshold of virtue’s test, after which point, of course, follicles, strands, each fibre and all illusion might plummet, strewn limp-necked; each hair, a dead falling lifeless, suiciding. Gravity returns – now uninterrupted by the machinations of neither god of either surface, stage or ceiling – though it ought verily appear entirely vice versa, that now gravity itself inverts.

The result, an altogether adjusted work, now one less facile, more romantic with a particular natural realism, more scientific in its loftiness, more glass in its transfixion; a sharper fog.

The ideal presents itself: the heavy lift of the heaving duck / goose / swan. No points are to be had for humans. See how humans are flightless trudge-animals.

Ballet might, by such means, gain distance from cake decoration, distance from the imploded-full architecture of architrave upon architrave, rosettes closed in on themselves, oozing outward.

Then the swans all recapitulate the previous ethnic (Russian) dance: “swan” is a kind of emanation-from, a residue both remaining but to all appearances originary also; “swan” is the aeration of all else, a stratum or level, it is plain light’s blue boundary, the coating of a fog itself, the membrane-thin atmosphere of the surface sheet of the lake.

Squeaks on the rubber footed floor ought be embraced, emphasised, not as a consistency (altogether string-like), but as the rhythm and punctuation of a rabble.

The proper logo for Swan Lake ought be a stout isosceles triangle, or else a narrow inverted one:

The use, as residue, of the very thing to depart and distance from: Cake decoration, how symmetry structures concentration and indication. 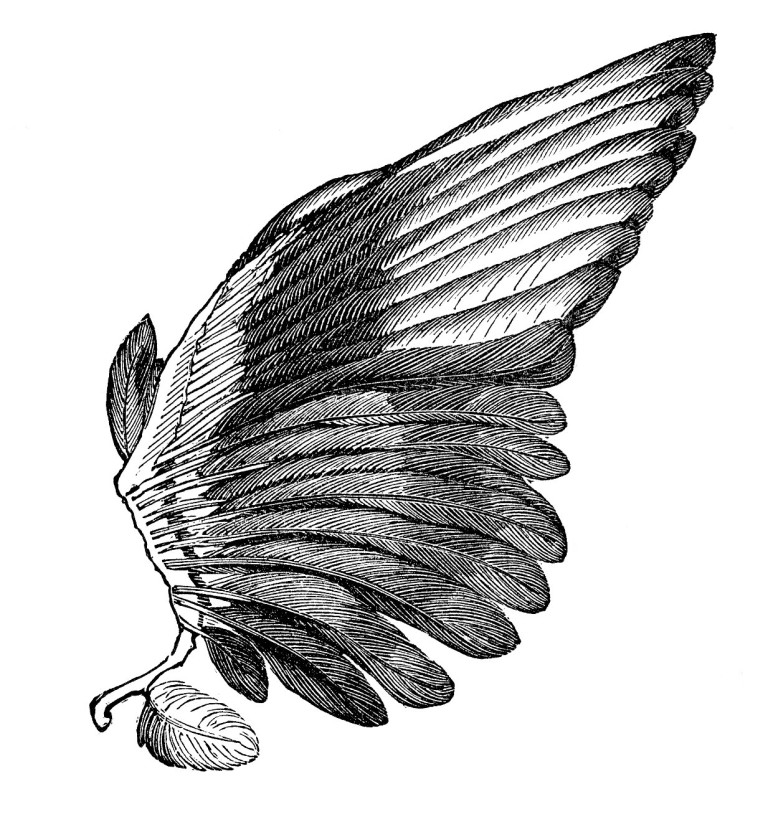 Prince Siegfried ought to be a cloud – puffed as is palatable. A Prince Oblakov (premiered 1877), which is to say a Prince Of-Clouds (Принц / Царевич Облаков) of the age of Ilja Iljich Oblomov (I.A.Goncharov, 1859), he Of-Molds (Обломов), he of criplingly-supreme compliance. And whiteness, that empty colour, a pigment of non-, a decisive indecision – of decisive iron-giving soy, potatoes, rice – characterise him, as, at least under spell, her. Truly, thus, [as I had once theorised of the Peloponnesian Wars] a ballet of conquest decided not by the victory of highest proficiency or of resilience, but rather by the state of least incapacitation. Less clear is the original sense that this be a ballet of conquest by crippling, though this more figuratively recalls the ballet, its atmosphere and movements: ultimately, fatally crippling indecision – of our Oblakov, as of Oblomov before him – conquers. 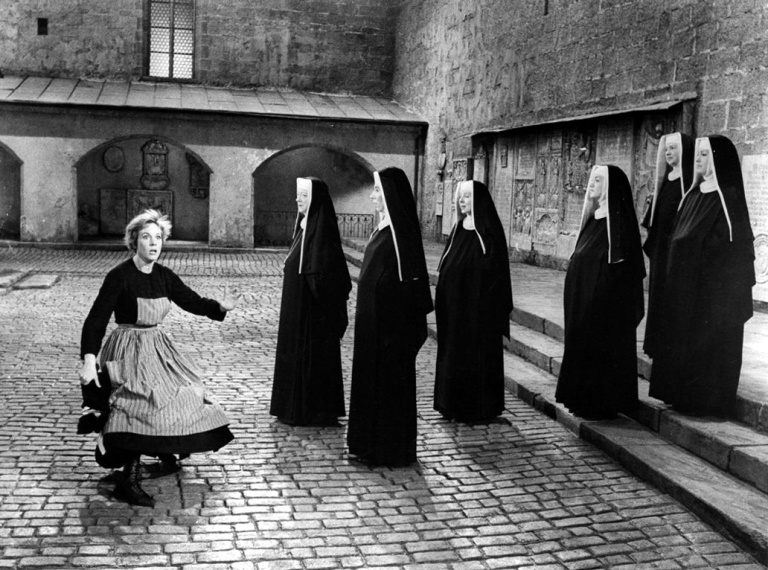 Unable as much to be pinned down as to be curtailed, Cloud-Oblakov’s fixation is a cloud’s in-pinning and, this aside, characterised by its clinging only by coating, lifting-from, or in passing. 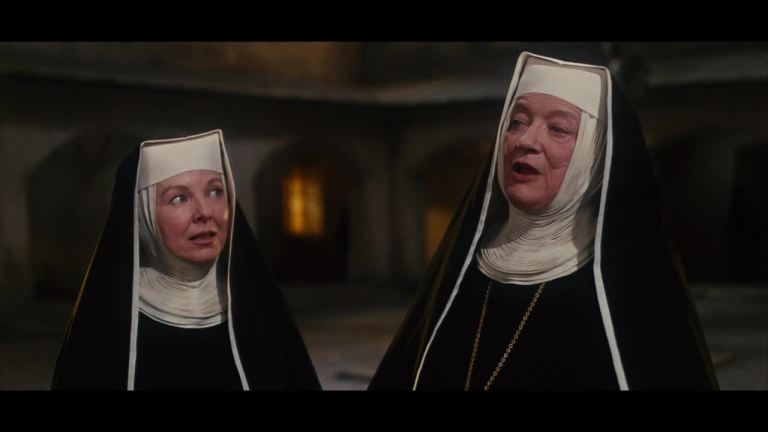 Waist down (feather-down) this dress validates the association, and of a stage which ought be similar, cobbled, or otherwise laid of a similar mosaic of cobblestone parts. The extraneous association to wimples, here, is extraneous only by its stout lack of extension. 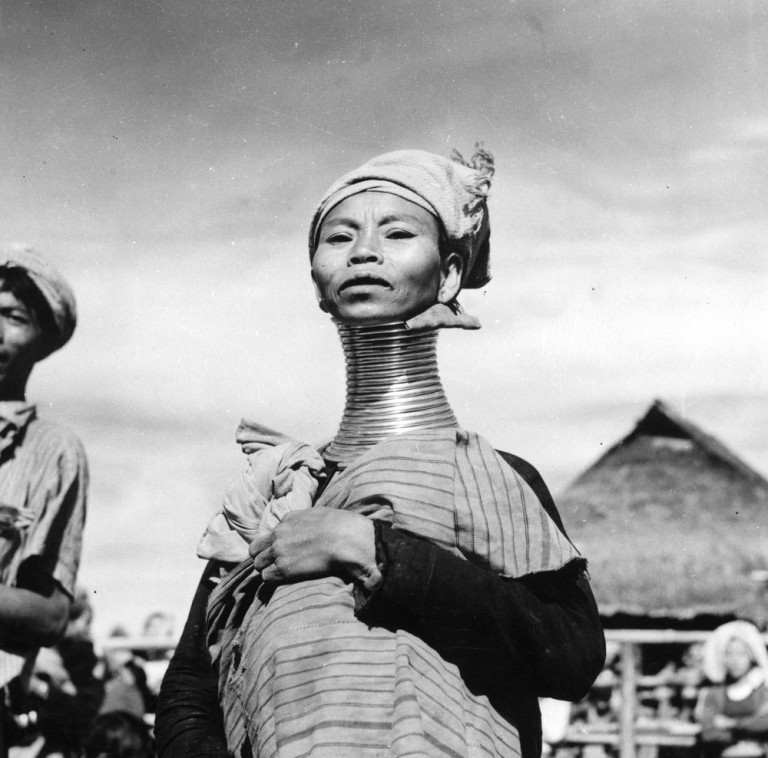 As images of Burmese Kayan tribeswomen with rings removed testify, such is not only – if, by now, the two could ever have been cleft – most swanlike, but most balletic, and gleamingly somnambulant. 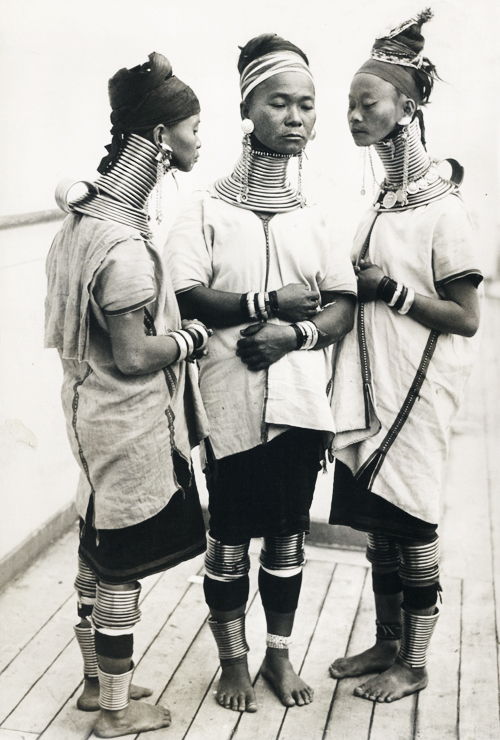 And by extension (and them theirs) ought the swans’ be rather more anatomically inspired with the corrective elongation of wingtips all each with splayed Empty Houses. 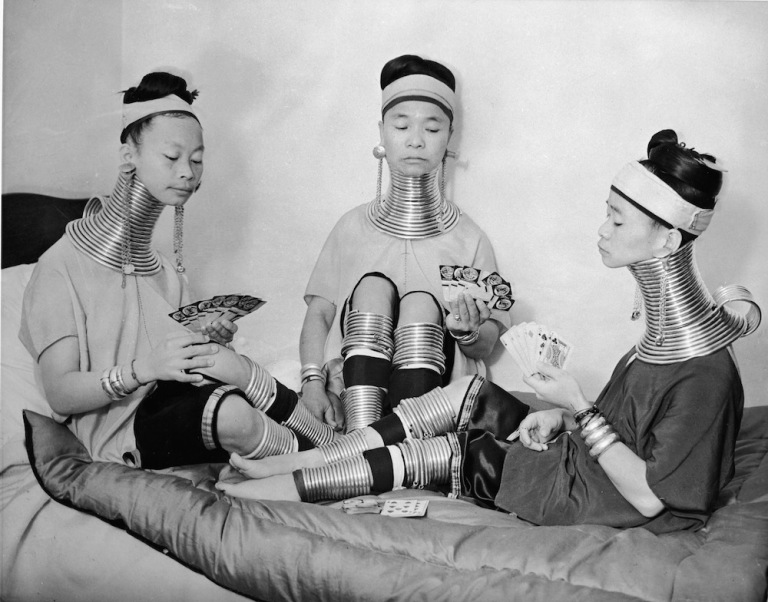 Here, and by this point, the stance at least narratively suggests itself of suicide as predicament, rather more accurate perhaps than as choice. Or: as a kind of diffusion, inevitable as of a cloud into the air, or onto the surface of the lake. Swan Lake, a study of dynamic equilibrium (this the majesty of that art of rippling sheer drapery above the headdress of the Russian folk dancer). This, in itself a kind of Oblomov on Tchaikovsky’s part: a staring at particles transversing one’s own cornea, or particles of temperature.

And in this way, via this narrative suggestion on suicide, Swan Lake ought always end in and with the contradiction of morning, wherewith blood is iron. 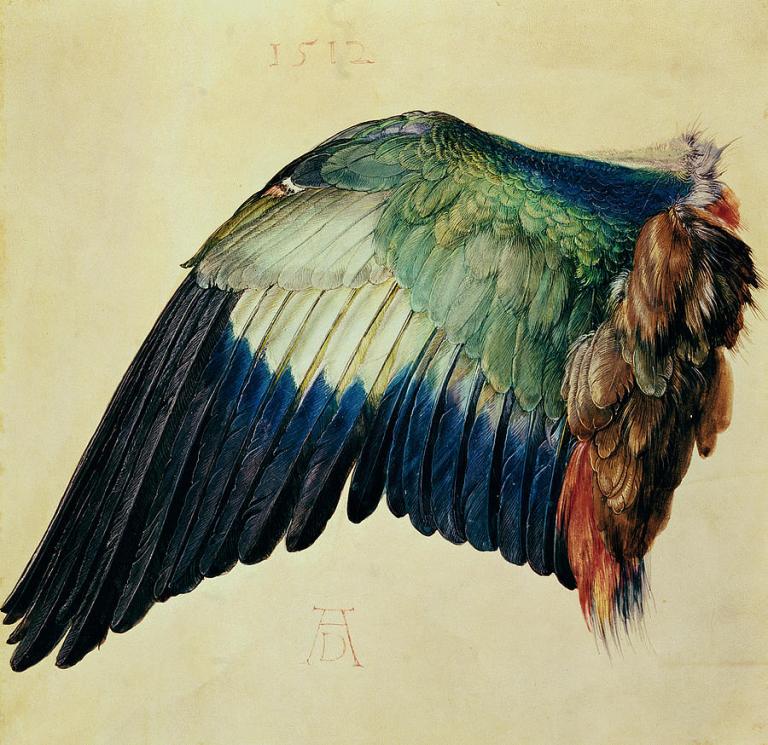